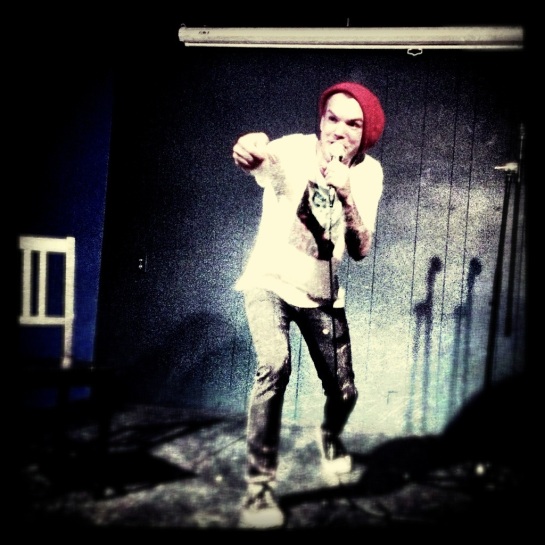 The public’s idea of what a hack comedian is seems to be set in the 1980s. When we imagine a hack, we imagine the guy in a checkered suit telling jokes about airplane food. Some of the more prevalent hack topics included jokes about how men and women are different, Indian clerks at convenience stores, and fat people eating bacon cheeseburgers with a diet coke. With a vast demand for live performers in the 80’s, a comedy “boom” hit, and hit hard. The 15 + comedy clubs in every America city raked it in off of drink minimums, and still had the cash to pay hacks upwards of  $100,000 a year. Stand-up comedy had become another big economy in the Big Eighties. As all others, the market wasn’t ready for the future and couldn’t sustain itself. The club work dried up, and openers stopped making $1000 a show. Perhaps the market became over-saturated. It could have been the internet, which gave us access to all the comedy ever and thereby raising our standards. Perhaps widely-conceived clichés failed to be funny anymore.With the new Wifi Era  and its’ changing ethos of the day, hack comedy changed. Internet Apps changed the way we talk, and hacks took to the stage with new bits about,

Perhaps the market became over-saturated. It could have been the internet, which gave us access to all the comedy ever and thereby raising our standards. Perhaps widely-conceived clichés failed to be funny anymore.With the new Wifi Era  and its’ changing ethos of the day, hack comedy changed. Internet Apps changed the way we talk, and hacks took to the stage with new bits about, “How mean the comment section on Youtube can be”. Copy and pasted stock lines engulfed the mainstream lexicon. (“Party-foul!” “This is why we can’t have nice things!”). Hacks are now armed with a whole electronic world of easy, safe jokes regurgitated in a “share if you agree” format. The airplane food jokes of old have become “hipsters with smartphones” jokes. 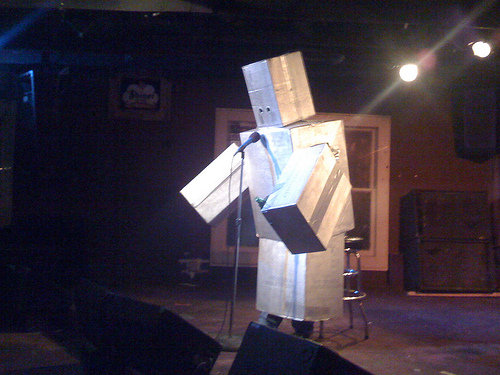 “So I went to (X college) and got a degree in (something useless). So I’m a barista”

“None of us will ever retire!”

Around 2008, the word “Millennial” became the hottest buzzword to describe the new crop of youth with far less money than their parents. According to journalists, they often are described as having useless college degrees or moving in back home with their parents. The journalists of the day described millennials in such generalized and blanketing terms that it seemed everybody between the ages of 18 and 30 lived an almost unanimous narrative. When they write about millennials, you can almost guarantee that the phrases “Skinny jeans” or “App-Savvy” or “Safe space” is soon to follow. “Millenial” had become an insult, and thereby something for hack comedians to exploit. Hack comedians and hack journalists both describe millennials tirelessly as narcissistic , nihilistic, and too sensitive to cope with reality. How many times have you heard the phrase “Everybody gets a trophy” this week? Hack social commentary begat hack comedy. Most of these easy generalizations  eventually find their way to the stage, and easy jokes are written about aimless deadbeats on social media.  So hipsters are known for taking pictures of their meal and putting it on Instagram. Who honestly gives a fuck? 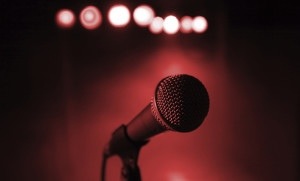 “Have you ever smoked weed all day, indoors for 24 hours straight, and just binge-watching until you’re crying into your Whataburger? So I’m single. LADIES?!”

“I watched Netflix until it asked me ‘are you still watching?’. DON’T JUDGE ME, NETFLIX!”

Scroll on Facebook for 2 minutes and you’ll come across this breed of humor. This is one of comedy’s lowest common denominators. It is the  bold declaration that binge-eating, laziness,and binge-watching will go on unabashedly. So many memes and comedians follow this formula to great success, as they resonate amongst the general public. The narrative of the everyman eating pizza and watching copious amounts of TV in the face of normalcy works so well because they are, in fact, telling jokes to people living in western society, all of whom are so familiar with this. We all enjoy lazy days indoors as we all have to work such long hours to get by. We all eat a lot of food. Sopranos-style cliffhanger television is as addictive as fuck and we’ve all been asked “Are you still watching?”. Normal, normal,normal. These jokes work amongst younger and older crowds, as sociologists have been warning us against binge-eating and binge-watching since as far back as the 50’s. This joke, however common , can be done in a clever and inventive way by very funny comedians. Honestly, I’d rather hear from the astronaut comedian tell jokes about his day job. 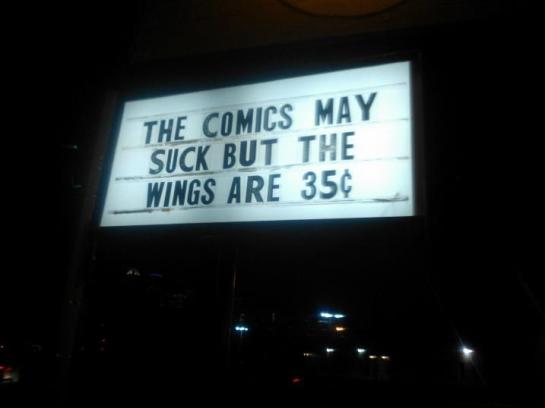 Taking a Strong Stance on a Safe, Agreeable Platform

“You don’t beat your wife and crash your car stoned on weed. More like raid the fridge!”

It takes a true professional to get onstage, take a safe side on a sensitive subject, and still get laughs. However, a hack can take a safe side and get an easy “Gimme” applause break. (“Clap if you’re happy the gays can get married”. No shit, this is fucking Montrose). The so-called “Social Justice Hacks” are fairly prevalent, as there is a shit-load of injustice in the world. My college ethics professor had a running joke. He used to joke that “If you’ve read anything about slavery or the Holocaust, hopefully, your opinion on it is a negative one.” This joke always killed the class. The edgy should and always will beat out the safe in comedy. In politics, however, this trend is reversed. Politicians cannot be edgy, they must be voted in. When Obama mentions war, the message is “We need to keep America safe”, rather than “We need to go overseas and put landmines where children play”. On the Drug War, the message is  “We need to keep America safe from vicious cartels”, rather than “I think 15-year-olds should get ten years in prison over a joint”. When I imagine someone who thinks that is an acceptable policy, I imagine somebody very cruel and ignorant.The point being is that it is very, very difficult to elegantly articulate terrible, cruel ideas that will hurt a lot of innocent people. Granted, Hitler and Reagan had a gift. As we remember from the year 2008, Obama used to not be the first President in favor of Gay Marriage. One day at least 55% of Americans were pro-gay marriage, and so was he. What seemed to him taking a stand for truth and justice was essentially Obama taking a popular stance; the political equivalent of pandering. With politics as polarizing as ever, the “edgy” comedian doing a bit about legalizing weed is taking a very safe route as 50 million registered voters agree with him. Plus, Bill Hicks already said all of this shit years ago. Viewpoints on stage seen as cruel or ignorant will rarely yield laughs. It’s probably better to assume the audience you’re performing to is smart enough to know the difference between good and evil.